LoggerLink Mobile Apps are simple yet powerful tools that allow an iOS or Android device to communicate with our TCP/IP-enabled data loggers. (See the Compatibility Information on the web page.) LoggerLink for Android also supports Bluetooth communication for these same data loggers using an RS-232-Bluetooth adapter. The apps support field maintenance tasks such as viewing and collecting data, setting the clock, and downloading programs.

LoggerLink mobile apps are free and available through the Apple Store or Google Play.

The LoggerLink apps have the following pages that allow access to the features in the software:

File transfer between your mobile device and a PC

Please note: The following shows notable compatibility information. It is not a comprehensive list of all compatible products.

The following table illustrates which communication options are appropriate for the two LoggerLink applications (Android and iOS).

LoggerLink for Android can be used to communicate with any of its supported data loggers over IP-based or Bluetooth 2.0 communication. There are some items of note, however, when considering your communication options.

IP-based communication options include wired Ethernet devices (such as Campbell Scientific’s NL121) and devices that use a wireless communication protocol (such as our NL241). Wireless networks can be set up in infrastructure mode where a central router or access point is in place, or in ad hoc mode where there is no central point of access and all devices in the network communicate with each other on a peer-to-peer basis.

If the communications link to the data logger is via a wired Ethernet connection, simply type in the IP address of the data logger to connect. If the communications link is via a wireless network configured in infrastructure mode, the Android device can connect to the network’s Wi-Fi access point or cellular network, which, in turn, provides an IP connection for LoggerLink to use.

However, by default, the ability for an Android device to join an ad hoc network that is initiated by another device is disabled in the Android OS. In this situation, the Android device can be configured as a Wi-Fi hotspot, and the wireless device in the ad hoc network that provides the connection to the data logger can be set up to connect to it. This situation would occur, for example, if an NL241 was used without an external wireless or cellular network. The Android device would be set up as a wireless hotspot, and the NL241 would connect to that hotspot. 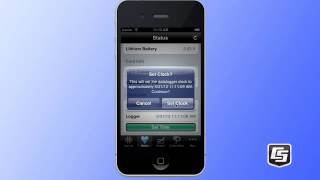 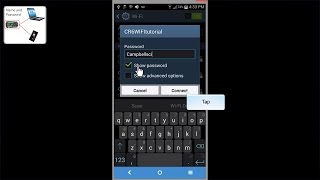 Number of FAQs related to LoggerLink: 16