Reliable power supplies enable data acquisition systems to continuously acquire and process data. Because our components use minimal power, many of our systems can be run using sealed rechargeable or alkaline batteries. When you select a power supply for your system, you may choose a charge regulator (with either a built-in or separate battery) and a charging source (such as a solar panel or ac adapter). Your selections will depend on the site environment and the needs of your system.
Documents
FAQs
Experts

Charge regulators, or charge controllers, must be used to connect sealed rechargeable batteries with a charging source (such as an ac transformer or solar panel). Regulators control the current flowin...read more

When you are using a regulator that does not include a battery, select a battery with the best size for your station's needs. You can also purchase replacement batteries for older batteries that were...read more

Number of FAQs related to Power: 4 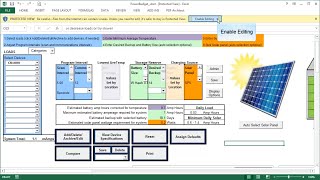